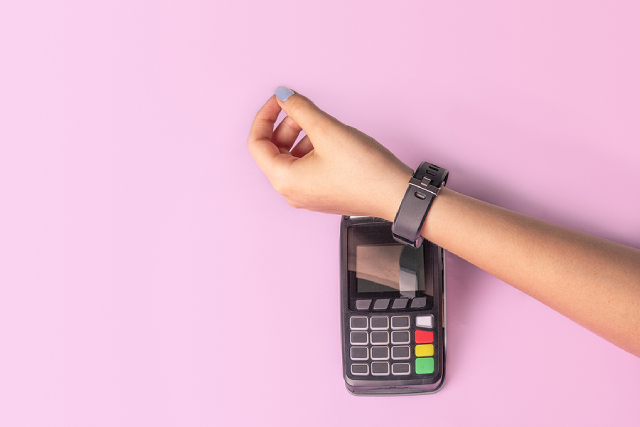 Modern businesses require RFID to manage inventory and assets. Still, given the varying possible needs within an organisation, it can be confusing to know which option is best for their application. For many industries, RFID and NFC are the leading technologies typically used for such purposes. Choosing between these two tried-and-tested technologies requires application understanding in their strengths in order to determine which solution is ideal and more suitable towards a better choice.

Radiofrequency identification (RFID) is a contactless communication technology that has existed since the 1980s and consists mainly of RFID tags and readers that leverage radio waves to exchange data. RFID tags work in various frequencies and are primarily available in two types: active (requires a power source) or passive (no power source). The RFID tags contain information about the asset they are tracking and are embedded in a microchip, while RFID readers scan to derive the data they hold. RFID companies offer numerous options for readers, antennas and tags and have become the industry standard for asset tracking and management systems.

On the other hand, near-field communication (NFC) is a newer type of RFID invented in the early 2000s. Similar to its predecessor, NFC is also a contactless technology that uses tags to track the location and information of assets. But unlike RFID, which requires specialised RFID readers, NFC tags can be read by the everyday smartphone, albeit at a much shorter distance (around four inches). NFC typically finds use in contactless debit or credit card payments and file transfers. Given the disparity in these two technologies’ portfolio, comparing RFID and NFC is not entirely on an equal basis, as the former has had more time to improve. At the same time, the latter is a developing technology with its potential capabilities still being evolving and explored. Nonetheless, we go over the differences between RFID and NFC regarding asset tracking.

Complications and frustrations tend to arise when tracking a sheer volume of assets. Using either RFID or NFC tags allows high-volume users, like those in baggage handling and warehouses, to speedily evaluate many assets without the need to move and physically scan each one individually. However, when tracking many unlike assets, RFID tags are more suited for the task thanks to their highly-efficient scanning capabilities that save plenty of time and is considered practical.

Locating and physically accessing assets in warehouses or shipping areas takes time. As mentioned previously, the most significant difference between RFID and NFC is their effective scanning range, whereas the latter must be extremely close to the asset to read information. This contrasts with RFID, where its different ranges allow for multiple use applications, from close proximity scanning of just a few centimetres to longer range scanning of up to 20 feet and beyond, depending on the technologies used and its installation. RFID’s long-range capability allows for easier tracking of assets in large, high-volume spaces.

3. Scanning with no direct line of sight

It is easy to lose track of an asset in storage spaces that houses various assets that is constantly on the move, prompting users to spend more time finding the item. RFID inventory management eliminates the hassle and inefficiency in this scenario with its capacity to scan and access tag information even if the asset is stored high up or packed away from sight.

Security is among the key priorities in asset tracking, given the risk of damage, loss, theft, and even cyber threats. This is a concern among industries like healthcare and others, where strict adherence to data protection compliance guidelines is important.

There have been many discussions in recent years regarding RFID vs NFC vs Bluetooth tracking. Bluetooth is ideal for assets that are always on the move, such as vehicles. Still, it is susceptible to security threats, making it a wrong choice for industries handling vulnerable data. There is not much difference between RFID and NFC regarding security, as both are highly secure and get constant updates in response to new threats. However, the level of protection varies from one tracking solution to another.

RFID and NFC are two significant technologies finding use in inventory and asset tracking, as well as many other applications across different industries. However, given its proven track record and its state as a mature technology, there is no doubt that RFID is almost always the better choice for reliable asset management applications.