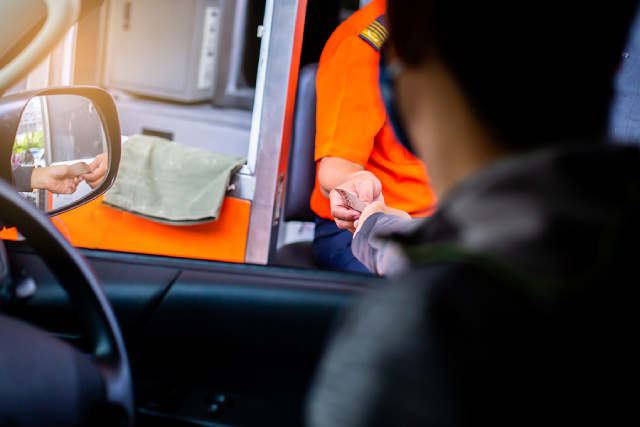 RFID has plenty of applications across various industries. From warehouse and retail to laundry and emergency response, RFID systems have proven valuable tools for increasing operational efficiency and enhancing security. Due to its enormous applications and advantages, it is no longer surprising to know that an increasing number of tolling systems are now adopting RFID.

Tolling refers to the management of toll roads, either public or private roadways, that charge a toll or a fee for their use. Often, the money generated under a tolling system is used to pay the cost of maintaining the roads. Tollbooth systems are either operated or unmanned. These days, more and more tollbooths are already equipped with RFID systems. Read on to learn more about how tolling works with RFID.

Reasons to Use RFID for Tolling

Many RFID companies are now sourcing RFID systems to tollbooths because these technologies help read account information associated with specific toll passes more efficiently, enabling drivers to pay on a weekly, monthly, or yearly basis for toll usage rather than on a basis of per use. Moreover, using RFID also tends to ensure tollway traffic flow more efficiently with less choke points. Here are some of the other reasons why RFID is ideal for tolling:

How Tolling With RFID Works

To understand how tolling works with RFID, it is first essential to recall that there are two kinds of RFIDs: active RFID and passive RFID. If the RFID has no battery and is only read by an RFID scanner, it is a passive RFID. Passive RFIDs usually do not send signals to the sensor. Today, many toll-collection systems are already moving to passive ultra high-frequency (UHF) technology because UHF RFID tags are battery-free and often cheaper with low maintenance.

As a vehicle approaches the toll barriers at an expressway or roadway, the RFID scanners would read the data or information about the car, such as what class of vehicle it belongs to and its corresponding account. This data would also indicate whether or not the specific account has an adequate balance to enter the tollgate.

After the transaction is complete, the toll barriers will then open. For many traffic experts, using RFID for tolling is significantly faster than human-to-human transactions, which often require counting money and issuing change. With RFID, the possibility of committing errors in payment and giving change is also significantly reduced.

Is RFID a secure tool for tolling?

The usual concern of many people regarding RFID tolling is that they are afraid other people can read their RFID toll pass information and copy the same to use themselves. However, according to RFID companies or manufacturers, this is not a concern because RFID tag data is encrypted within the RFID tolling system. Only an RFID reader with the encryption key can decode and read the data.

Aside from data encryption, most RFID tags also feature a capability called “mutual authentication”, in which both the RFID tag and reader send authentication messages simultaneously so that every component in the data exchange is secured. RFID systems typically have good security features that make data theft highly improbable.

The application of RFID technology is undoubtedly wide-ranging. It brings about excellent efficiency, accuracy, and productivity. Implementing RFID is an ideal solution to streamline systems as vast and complex as tollways. By using RFID tags and readers for tolling, paying toll fees and passing through tollways will cease possible build-up of traffic  which makes its use more convenient.

PreviousQR Code vs. RFID Tag: Why The Latter Is Better For Business
NextHow RFID Makes Warehouses Sustainable & Appeals To Shoppers